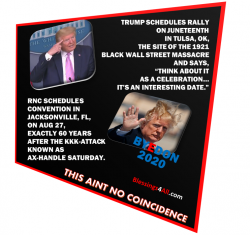 Warning: count(): Parameter must be an array or an object that implements Countable in /home/customer/www/blessings4all.com/public_html/wp-content/themes/blessings4all/template-about.php on line 39

We the People….FREE THE PEOPLE!

So….If we the people of the divided states of America, in order to form a more perfect union, establish justice, insure domestic tranquility, provide for the common defense, promote the general welfare , and secure the Blessings of liberty to ourselves and our posterity, do ordain and establish this Constitution for the United States of America….then we protest this government shutdown and call to action on this Federal furlough by not showing up to work at our government jobs, whether furloughed or not, so those enacting laws will see what what really happens when we use our voice and our power.

And since we pay for these Federal buildings, how ’bout we takeover them?  I’m for protesting, but it’s kinda cold out here.  Let’s stay warm and go inside our buildings and get some things started and finished.

The Grass Ain’t Always Greener on the Other Side!

Have you ever had something but believed you could do better?  Of course!

That job, romantic relationship, car, house, or service contract you had could surely use an upgrade. So what do you do?  Do you fire your employer, find a new boo, get another ride, seek a new residence, locate a new contractor, or what?

But be careful. Sometimes your new position, significant other, whip, house, or service provider could be just what you don’t deserve.  That grass may be artificial turf.  It looks good, but ain’t the real thing.

Before you seek an upgrade, be sure to thoroughly do your homework.  I should have stuck with my original designer.

Life is a lesson, and I surely learned a lot, namely, that I am such a forgiving patient person.

Just because the price may be right and better, you may end up paying a higher water bill.  Know before you go.  The grass ain’t always greener on the other side.

For every devil, there’s two angels. Surely God would not have his people outnumbered.  There is more good than evil. Don’t fret and sweat and get upset when bad things happen to good people. God will always be in control. His plan is perfect. We just don’t always see it His way, but God’s got this. TRUST! 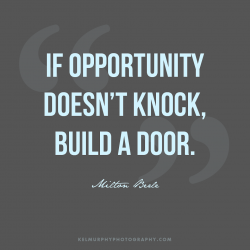 Instead of just saying good words, you need to do good things. Because actions bring change not words.

TheCarters at FedEx Field in the DMV

Bey and Jay were on the run again and stopped by FedEx Field, in Landover, MD, where the Washington Football Team play. So glad my daughter decided to take me after winning her tickets from the radio. We were sitting with Jesus, but it was cool up there.  We could clearly see the sky, with our heads held high.  PRAISE GOD the raindrops gracefully fell for a few seconds but didn’t linger.  Those Dollar Tree ponchos purchased were not even needed.

Wasn’t sure if sitting amongst the stars influenced the sound, but it just wasn’t on point. Heard JayZ loud and clear at CapitalOneArena in DC, November 2017, and he was full of 4’s, LOVE, hope, faith, and strength.  As good as the staging, scenery, and set was at FedEx, the sound system wasn’t properly pumped. Well it didn’t reach us too well on the top level.

Beyoncé boldly bounced in her badass bodysuits, and JayZ looked kinda kool in his assorted attire. They both changed clothes about half a dozen times, but who was counting?

It was good to see EverythingIsLOVE with TheCarters. They had the looks and the background videos to enhance their emotions.  Fittingly they opened with “Holy Grail” all dressed in white, with beautiful background videos on display. Their love story, the ups and down, trials and tribulations were performed on stage through their hits, including “Sorry,” “Hold Up,” and “Don’t Hurt Yourself.” It’s clear they are “Crazy in Love,” “Drunk in Love,” and had lots of “Déjà vu” going on. Their “Formation” was fierce, topped with statements of social injustice with “The Life of OJ,” and “Me, Myself, and I.”

It was cool seeing Beyoncé’s rap right alongside her BooThang.  Only wish I could have heard them better.

The SugaMamas, on the other hand, did the damn thang. I heard them well. Beyoncé’s all female band showed off their skills.  Her dancers ripped the stage apart, as well.

So, YAY for the billionaires, who reminded us “This is Real Love,” as they kissed, held hands, and left the stage with the credits rolling on the screen. A blockbuster movie feeling…I just wished she had done “Irreplaceable.”

Shout out to sister act, Chloe X Halle who opened the show, (on time, too), and DJ Khaled who got the crowd up and jumping with his own hit, “All I do is Win,” and other party starters, like “Up in Here.”

Forgive so you can live!

Choosing to allow anger and hurt to reside within disallows folks to fully enjoy the abundant life God has designed for them. Life is too short to be lived in a small way. It’s about choices.

If you’re holding on to anger, let it go. Choose to not be held hostage. Don’t let anger control your path. Don’t be in bondage by giving someone your personal power, enabling them to rob you of love, joy, peace, forbearance, kindness, goodness, faithfulnes, gentleness, and self-control. Yup…The fruit of the spirit…

Choose LOVE. Choose to forgive, so you can live.